I'm trying to will spring on right now.  I'm thinking if I put shamrocks and rainbows up, that spring is sure to come around the corner... right?

We made these this week and I love them!  So festive, bright, and cheerful! 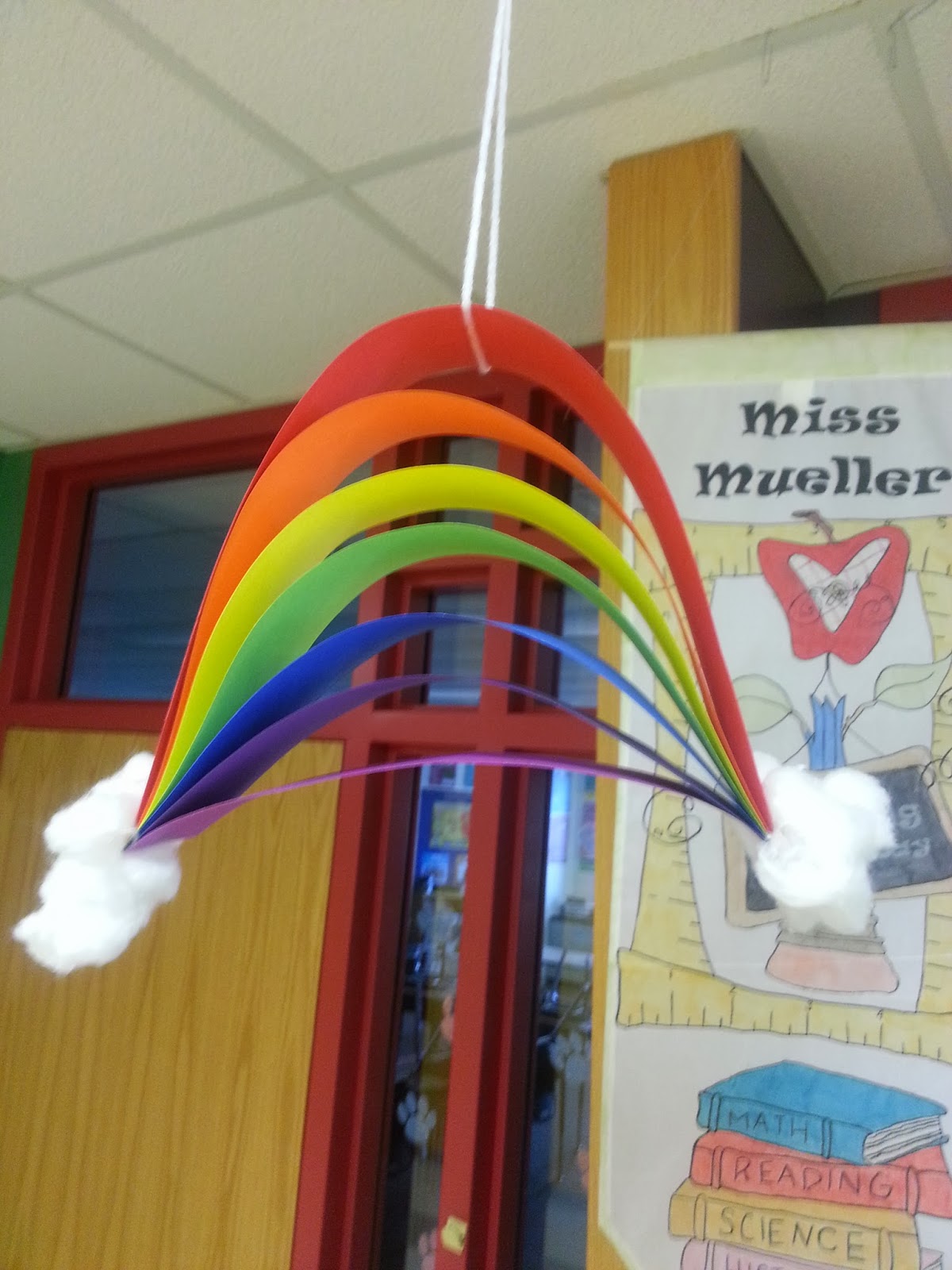 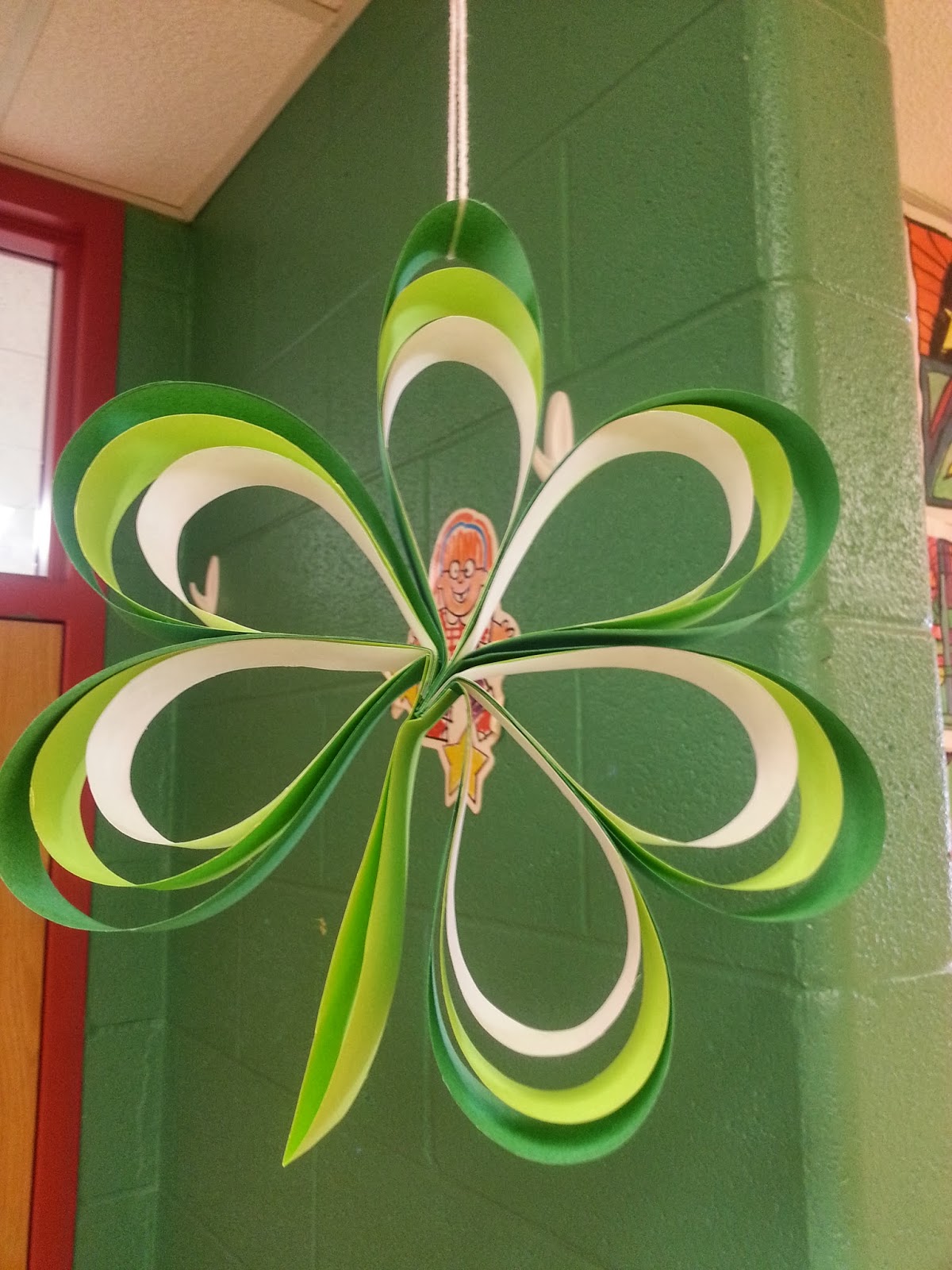 The first was shamrocks.  They were pretty simple to make.  I originally found the instruction on how to make them here.  I had to draw out a template for each color, one white, one light green, one dark green.  I didn't have specific measurements to go off of so I had to wing it size wise.  I made each one about an inch and half shorter than the next.

I gave the kids the template to trace and then cut out.  I could have pre-made all the strips but I thought I'd make the kids work their fine motor skills!  Something I realized they do not get enough practice with. 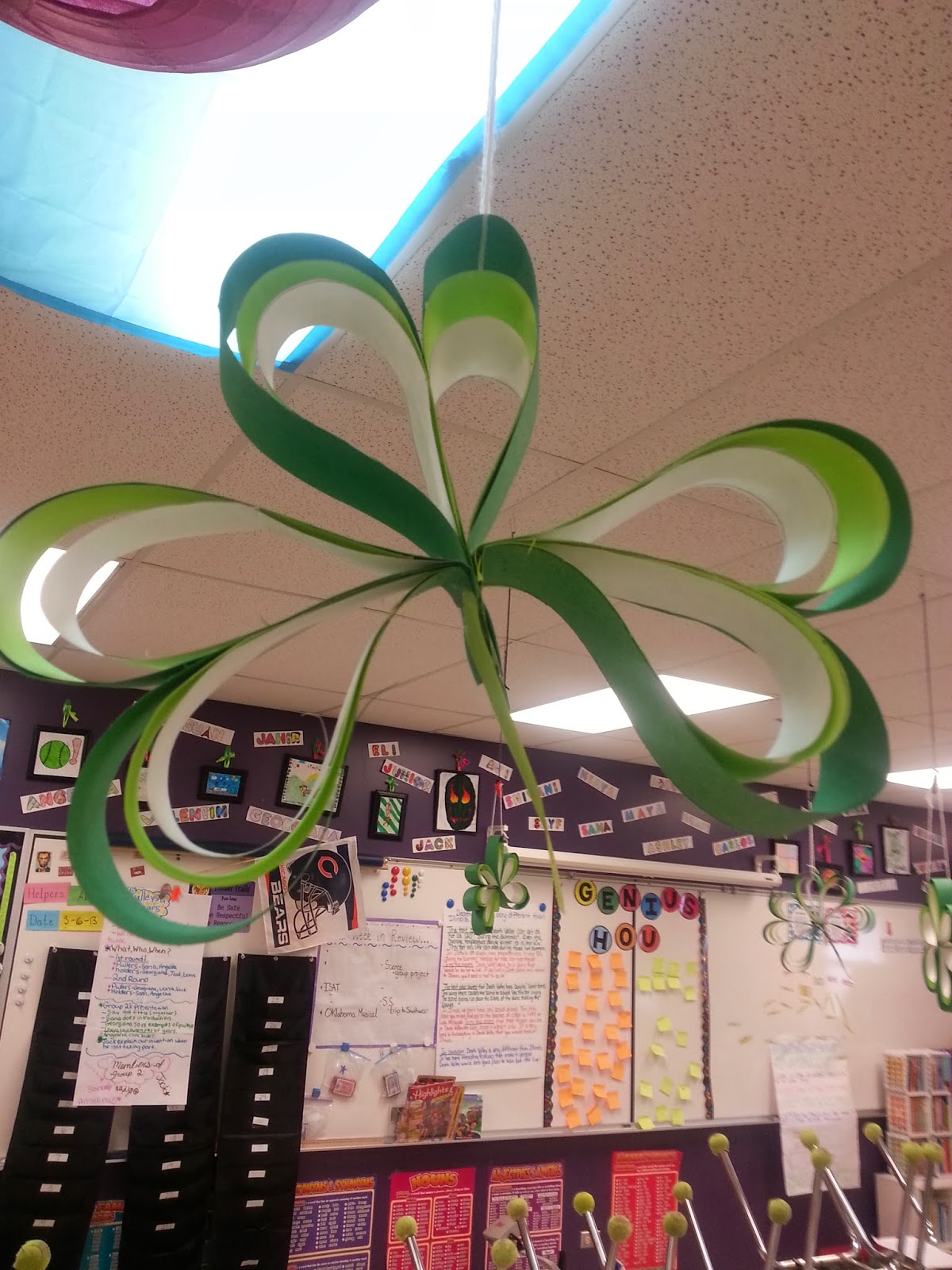 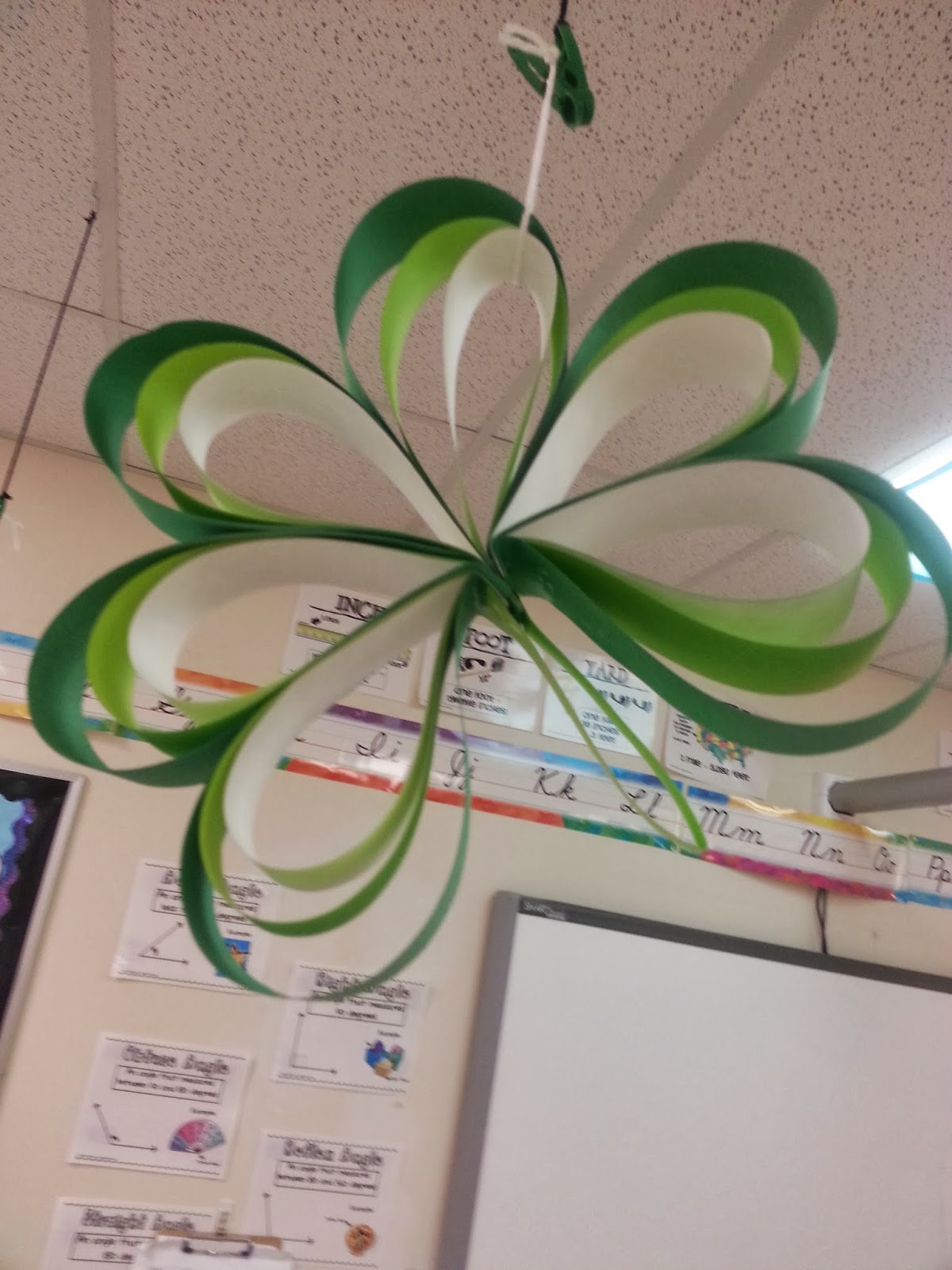 The rainbow sort of followed the same way.  I made my own measurements, again each strip about 1 inch shorter than the next.  For that one I had the strips pre-cut and the kids just had to glue the ends together.

So now that these are up, the weather is going to turn warmer, the snow is going to melt, flip-flops are going to come back out, the winter coat is going in the closet!  (Of which I am totally ignoring the weather report that says we might get more snow next weekend.  sigh.)